Could you explain in a quick summery the differences between the aiconfig files of your AI that comes with Endgame, Templar's Ultimate AI 2011, and the default AI?  I've been playing around with the numbers (relearning what a radian is

EDIT:  Actually, I think I figured it out.  It's hard to figure out what some of the number values mean, but I think I get the general idea.  It's just taking a lot of tinkering and experimenting!

I'm a few hours in, and I'm loving this so far. A few questions though:

1. Is there any way to select the loadouts of your squad members?

2. How do I resupply grenades and C4?

From Enemy dead engineers, or from ammo boxes. 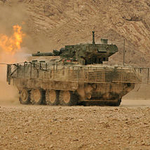 HorsesAndBayonets wrote:I'm a few hours in, and I'm loving this so far. A few questions though:

1. Is there any way to select the loadouts of your squad members?

2. How do I resupply grenades and C4?

Yes... What SomeM3mb3r said. You can also resupply the placeable mortar by going into the weapons depot at any us base and pressing numpad 2 to open the mortar menu. The resupply option is there and will refill your mortar ammo to 12.

Unfortunately you cannot select the loadouts of your squadmates. If I had it to do again, I would make squad creation menu driven so you could customize the entire squad... Maybe someday I'll do that.

For what it's worth, I posted the current SLT missions that I play, when I play. Apparently before I lost all of the project files, I modified them with some tweaks to things like the number of intel to find the generals and other things. The file is on moddb.

Page 2 of 2
Permissions in this forum:
You cannot reply to topics in this forum
Latest topics
» Complete Installation Folder
by nfmz1 Sat 21 May 2022, 21:43

Most active topics
Who is online?
In total there are 2 users online :: 0 Registered, 0 Hidden and 2 Guests